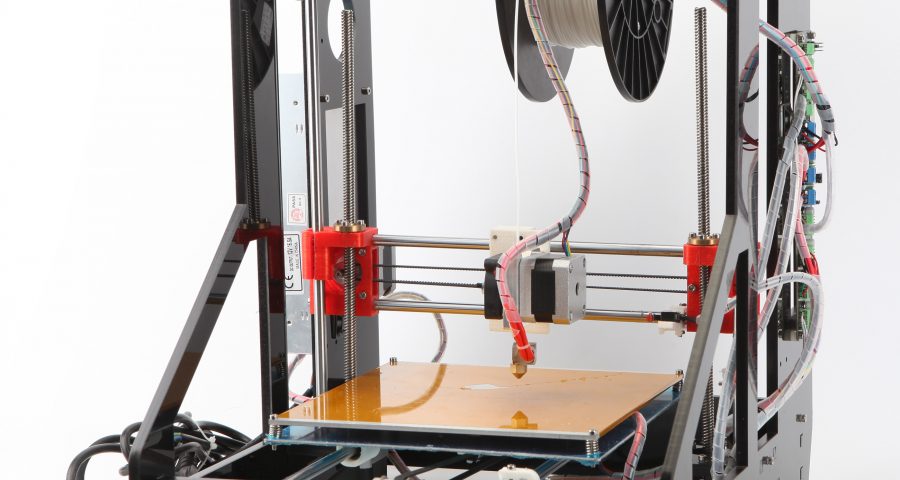 I’ve been selling Prusa Mendel i3 kits on Aus3D for a while now. The kits I’ve been selling so far (which I’ll refer to as MK1 kits from here onwards), are fairly decent kits. I didn’t design them, they were designed and manufactured in China – I’ve been buying them in and making a few improvements before shipping them as the Aus3D Prusa Mendel i3 kit. I ended up reverse-engineering CAD files for the frame so I could print / cut replacement parts locally, and I’ve had these files available on GitHub for a while now.

As a business strategy, this approach makes sense. China is good at making stuff, and these kits work pretty well – better than most other Chinese printer kits I’ve tried. As someone trying to run a business, I’ve been happy to attach my business’s name to them.

As an engineer, I know we can be shipping a much better kit.

Unfortunately my supplier for these kits has been pretty intractable about what they will and won’t change – most modifications I end up doing locally myself, and there’s only so much that can be changed from the original design. They refuse to ship kits with any components removed – so I can’t even customise the kits too much without losing money on them.

I’ve done a lot to support these kits – I’ve written (and drawn) a full graphical assembly guide, I’ve set up a default firmware that works fairly well, and I’ve modified the printed parts to get the most I can out of the design. They’ve worked well, and I think these improvements have made them a quality kit worth buying.

It’s been an uphill battle though – my supplier will often change or substitute components without telling me, and I usually end up footing the bill for any problems caused by this. It’s been fun, but it’s time for a change.

I’ve decided to start from scratch, and do a complete re-design myself. I want to keep in the style of the MK1 kits (because they look cool, and there are a few benefits to the acrylic frame design I really like), but looks aside, this is going to be a completely different printer.

I had several goals in mind when setting out to design the Aus3D MK2. Here are a few of the key things I wanted from the design:

Finally, I want to get the frame cut locally – that way I can be sure of the quality, and have fairly quick turn-around if I need to change something.

There are lots of other small things with the design I want to keep in mind – but this is a list of the main things. I’ll post updates as I go through, hopefully I’ll be able to tick off all of the above once the design is finished.

I’ll be keeping the design up on GitHub. I’ve decided to go with a Creative Commons BY-NC-SA license for the time being – others are free to use this design for personal use, to make changes and adapt it and so on – but for the time being I’m restricting commercial use. I feel like a jerk, but Aus3D is still young and someone else walking in and crushing me with my own design would suck. I know lots of people won’t consider this to be fully open source – in my defence, Printrbot used the same license until very recently, and I think they’re now in a position where someone out-manufacturing them at their own design is not a possibility (and I imagine that made their change easier).