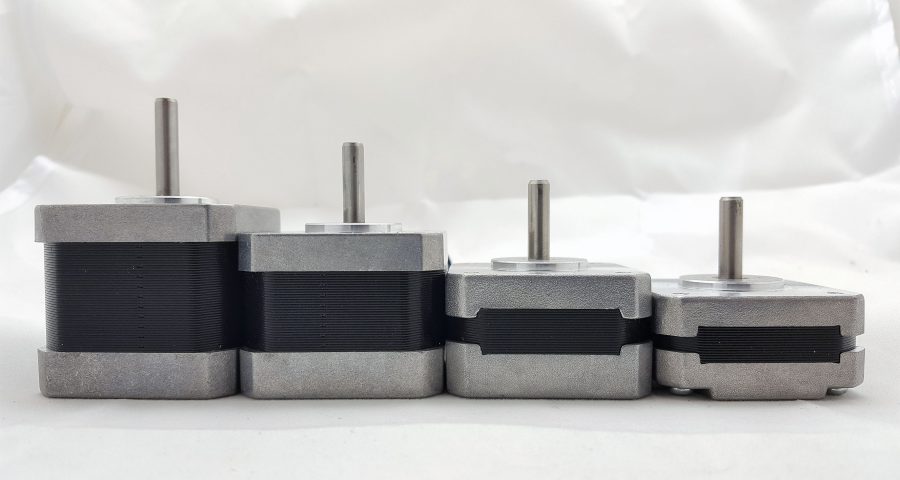 When E3D announced their new Titan 3D printer extruder, I was immediately curious as to what motor sizes it could work with. The 3:1 gearing should allow for much smaller motors than in the non-geared extruders I’d been working with recently, and I was interested in seeing what sort of weight/size/cost savings that would result in. 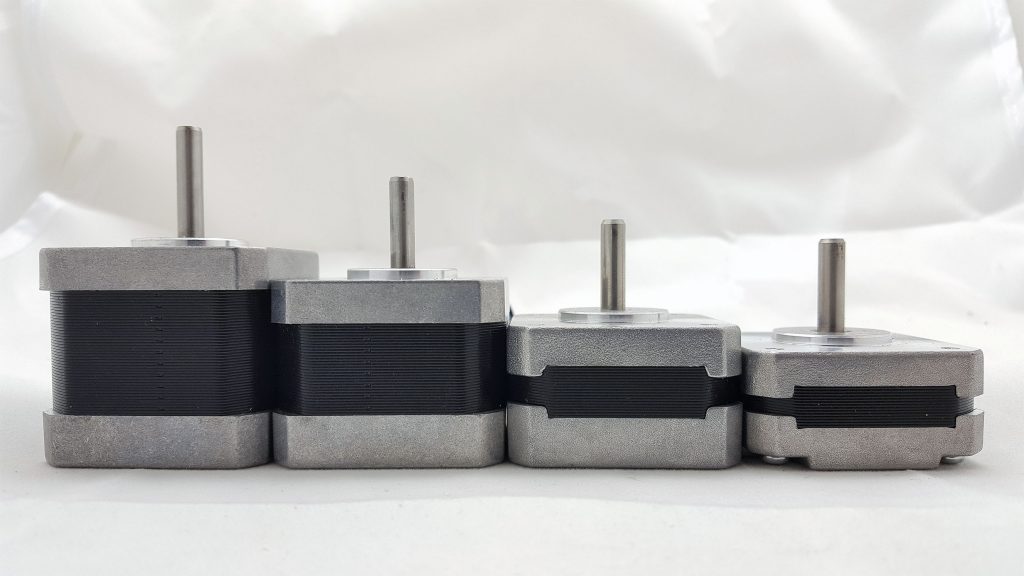 I started off by testing the motors I had on hand – those being the two I carry in my shop, which are 40mm deep (50N-cm torque) and 34mm deep (28N-cm). Typically, I only recommend the 50N-cm motor in non-geared extruders, as I’d found it hard to get sufficient torque for extrusion consistently from the smaller motor.

I tested both with the Titan, and they both worked well – no stalling, and I was able to tune the stepper drivers to a sufficiently low power that neither motor warmed up noticeably while in use.

Already this is a nice result – compared to the extruders I use in the Mark2 printer kits, which need the larger 50N-cm motor to work effectively, the Titan is doing the same job while allowing for a smaller, lighter and cheaper motor.

However, I wanted to see what the smallest motor I could get away with was – so I ordered in a few new motors from SteppersOnline. I selected two motors – one, 25mm deep (18N-cm), and another, 20mm deep (13N-cm).

Both motors arrived pretty quickly after ordering, and I got to testing. I didn’t expect that either motor would have sufficient torque to work reliably and went into the testing expecting to be disappointed.

I tested the 25mm motor first, and to my surprise it worked quite well, pushing the filament through without any complication.

Next up was the smaller of the two motors – at a measly 13N-cm of torque, I thought this would be the point at which things stopped working nicely. Again I was surprised, as the tiny motor seemed to have no difficulty in moving filament through the extruder and HotEnd. 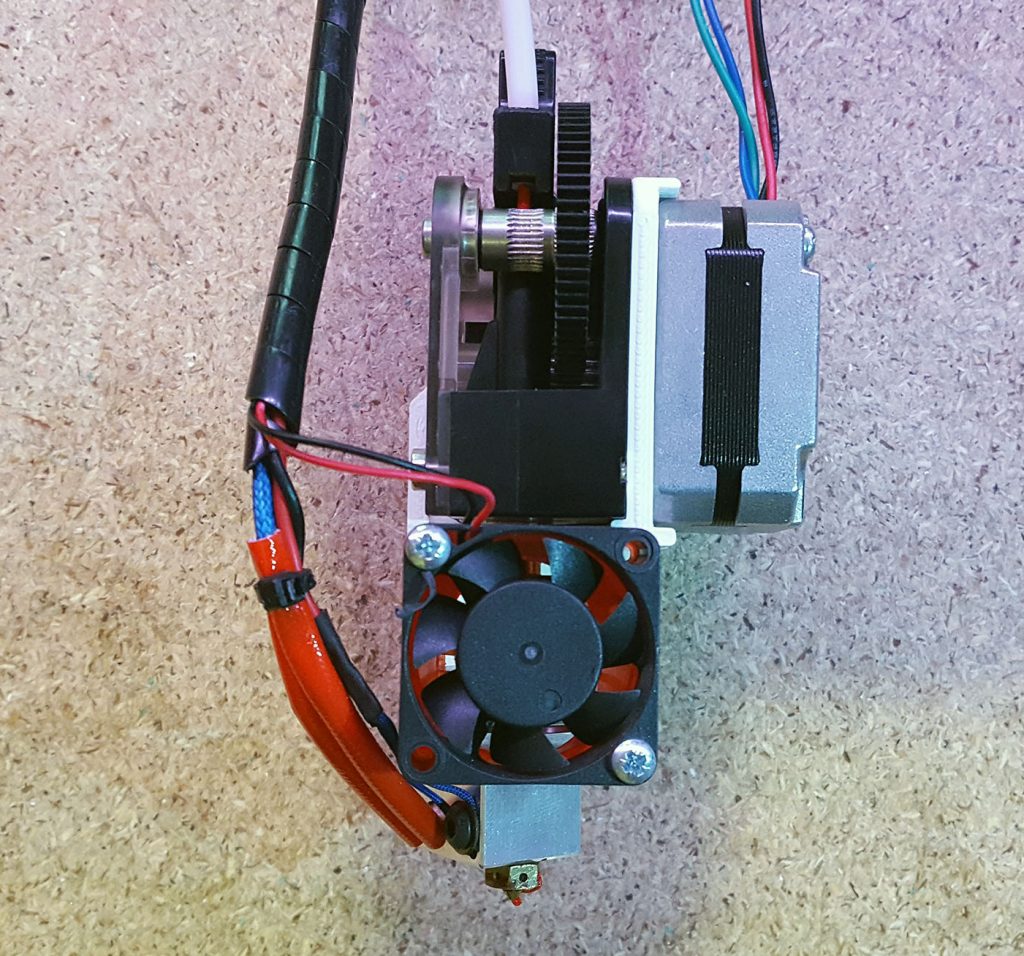 I found this very impressive. I searched for a lower-torque NEMA-17 motor to test, but I didn’t come across any options that were thinner or lighter – I suppose there’s a limit to how much you can cram into a motor after all.

The smallest motor here is 20mm deep, compared to the 40mm deep motor I previously used in extruders – that’s a big improvement and makes it much easier to run a compact extruder.

Overall, it’s very tempting to use the E3D Titan with a small motor like the one I tested. The only drawback I found in the smaller motor is that it doesn’t have a detachable cable, like all other motors I tested. To a lot of people, this is probably not a big deal, but I personally prefer to have the removable cable so I’ll probably stick with a slightly bigger motor (maybe the 25mm) going forward.

I only tested these motors in direct-drive configurations – in a Bowden setup I’d expect the torque requirements to be higher, and I would not expect the smaller motor(s) to be usable – however I was wrong the last time I made this assumption, so who knows – I’ll have to test this some other time.

E3D are now selling motors specifically designed to work with the Titan extruder. They are 25mm in depth and rated to 12.7N-cm, and feature a detachable cable – so they have the same power as the 20mm units reviewed here, and the same form factor and pluggable lead as the 25mm units. The big bonus is that they have a step angle of 0.9° – so you can achieve much finer control compared to the 1.8° units reviewed here. We’re now carrying these motors in the Aus3D shop!