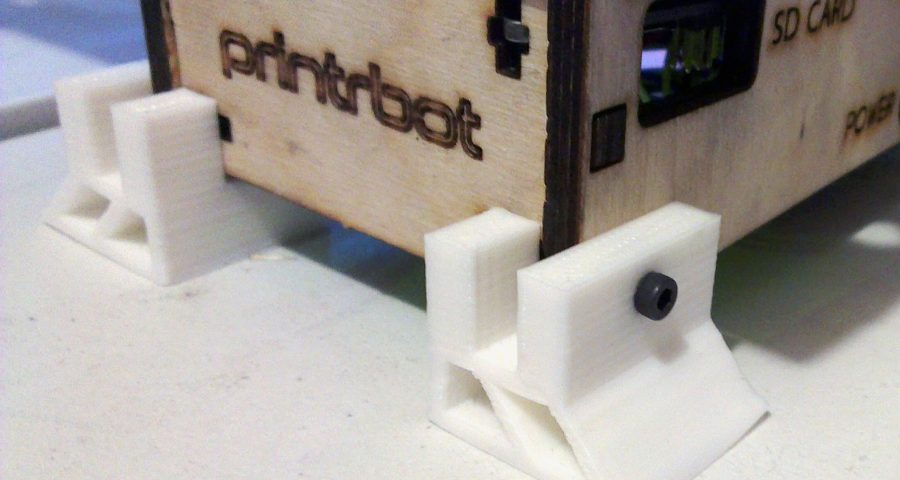 I recently put together a Printrbot Simple Makers Kit 1405 – what a great little printer! Assembly took less than two hours, and it was printing away soon after

By default, it’s a pretty stable printer. However, I had an issue where the wiring underneath was lifting the printer up a little bit, introducing some ‘wobble’ into the printer. I could have just shortened the wires, but I decided to print some feet instead to stabilise the Printrbot.

The way the Printrbot Simple Makers Kit is designed, there are only a few points along the bottom of the printer that are in contact with whatever the printer is sitting on – due to the arch in the design, the printer only has a small amount of surface contact with the bench. I found this can also lead to a bit of wobble during fast prints – or if you end up extending the print bed (as I’ve done, wait for a post on that) then it’s pretty likely you’ll also run into this issue as the mass of the print bed tends to unbalance the printer.

So – feet it is. I browsed Thingiverse for feet designed for the Printrbot Simple 1405, and there were plenty to choose from – however, there were a few unique requirements I was looking for that limited my options.

Firstly, I have attached a Raspberry Pi B+ to the side of the Printrbot so I can control the printer via OctoPrint. This means that any feet that attach to the rear of the printer must not interfere with the mounted Raspberry Pi – and most feet I could find did.

I found many good designs – special mention to these by dsutter06 and these by TheSoup. Both are good designs, but unfortunately both interfered with the Pi. I ended up creating my own feet based on TheSoup’s design.

I created my design so that the rear foot presses into place and friction-fits with the wooden frame, without interfering with my Pi mount. It holds on pretty solidly (provided your printer is calibrated like mine is – which I hope is calibrated well). If I lift the printer up the foot stays attached, which is about as much as I can expect without it bolting in place.

The front feet I did design to bolt in place using existing holes in the Printrbot frame – although you’ll need to swap the existing 14mm screw for a 20mm one. 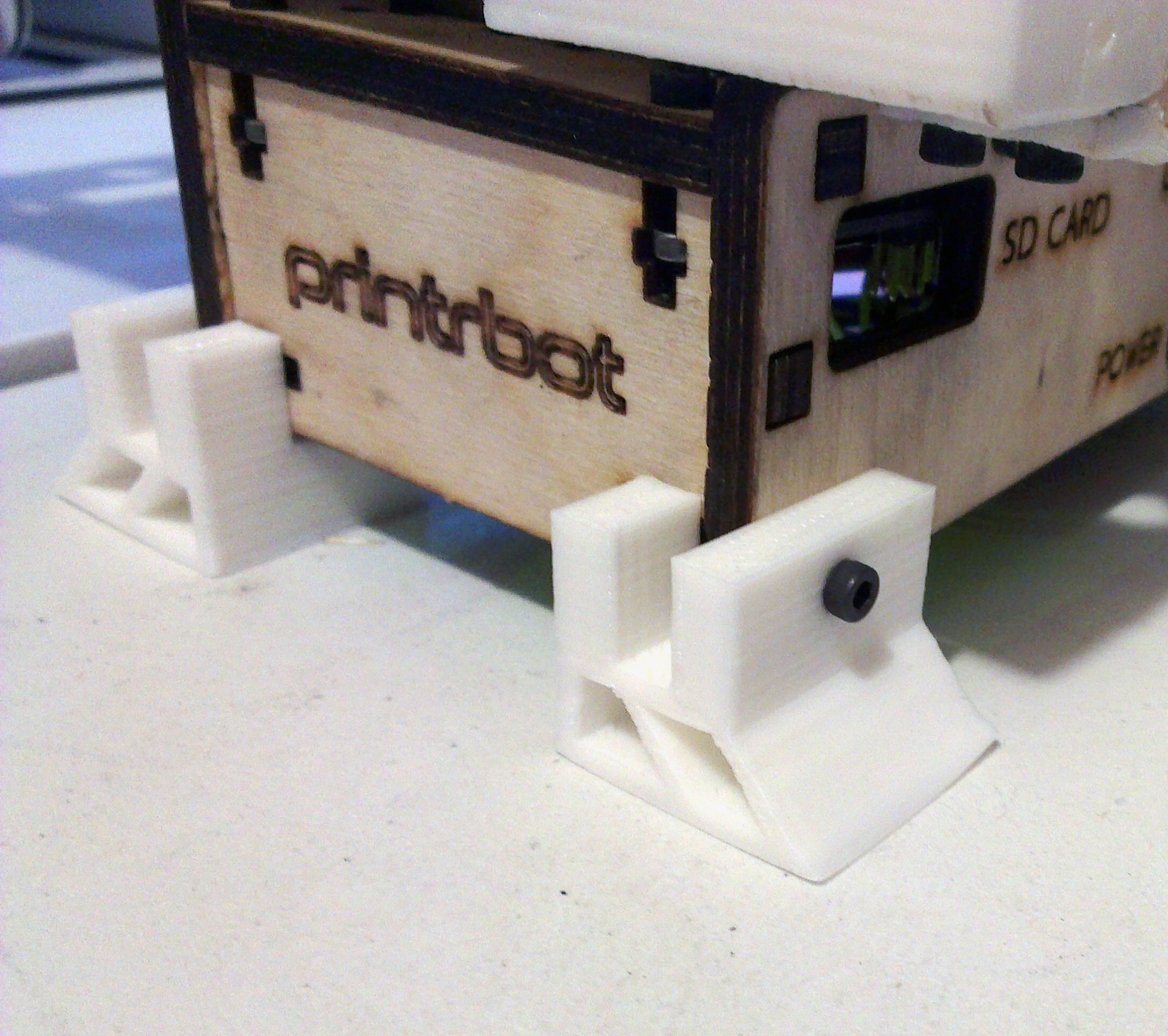 Once attached, the feet give the Printrbot Simple much more contact surface with the desk, and due to the feet extending out, away from the printer, they also keep it pretty solidly balanced. My printer no longer wobbles about when the (extended) print bed moves, and I think some of the vibration noise is reduced too – although that’s harder to quantify.

Overall, this was a quick and easy modification that has improved the stability of my Printrbot – it’s hard to say if print quality is improved, but I don’t imagine the wobbling that was taking place before had a positive effect.

If anyone else wants to give this upgrade a try, the files are up on Thingiverse!